By far the majority of the salt in seawater consists of table salt, sodium chloride, NaCl. This salt is composed of two ions, sodium ion (Na+), which has a positive charge and the chloride ion (Cl-) that has a negative charge. Fresh water has a much lower concentration of salts. A fundamental law of nature requires the two streams to mix and attempt to create an equilibrium when they come in contact. This tendency can be expressed in terms of osmotic pressure. The osmotic pressure of a solution (e.g. of salt in water) is always higher than the osmotic pressure of a salt-free solution. 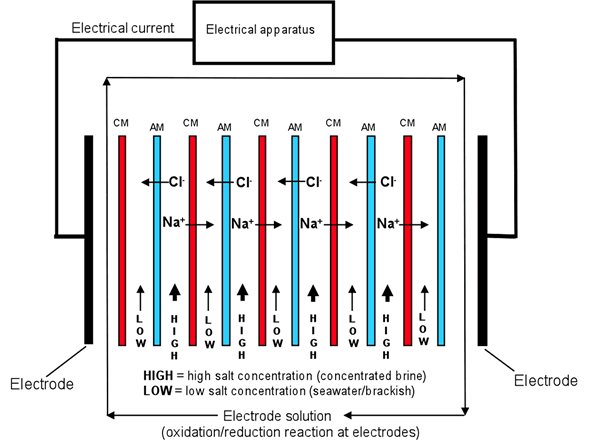