A stack making workshop took place at the offices of REDstack in Sneek, The Netherlands on the 21st of June 2012. The project partners formed four teams and each of them constructed a stack with support from the REDstack personnel, based on the new stack design developed within the project to suit the REAPower application. In these stacks two solutions of different salinity are used to generate electricity through the Reverse Electrodialysis process. The four constructed stacks will be used for testing in the next steps of the project. 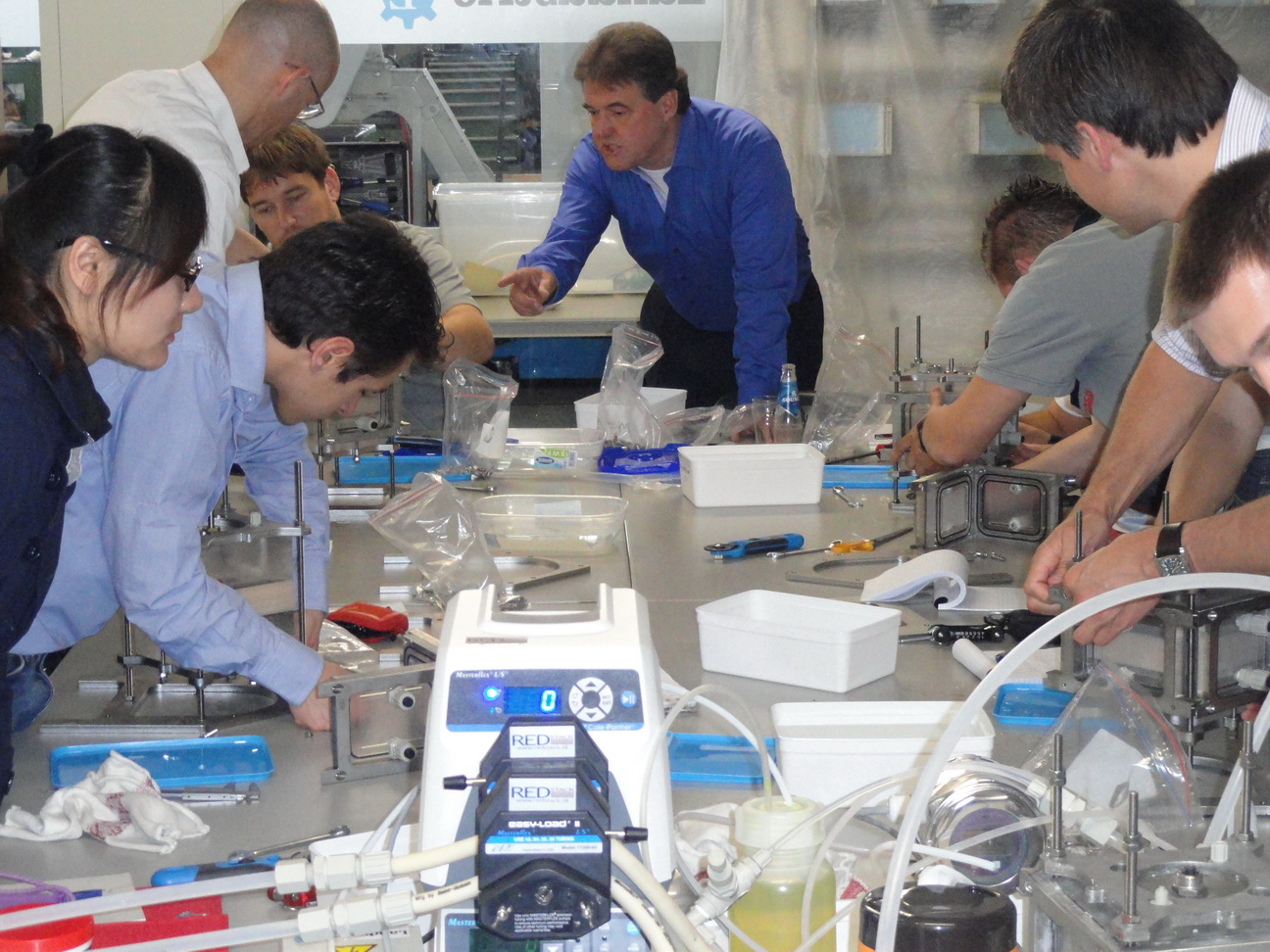 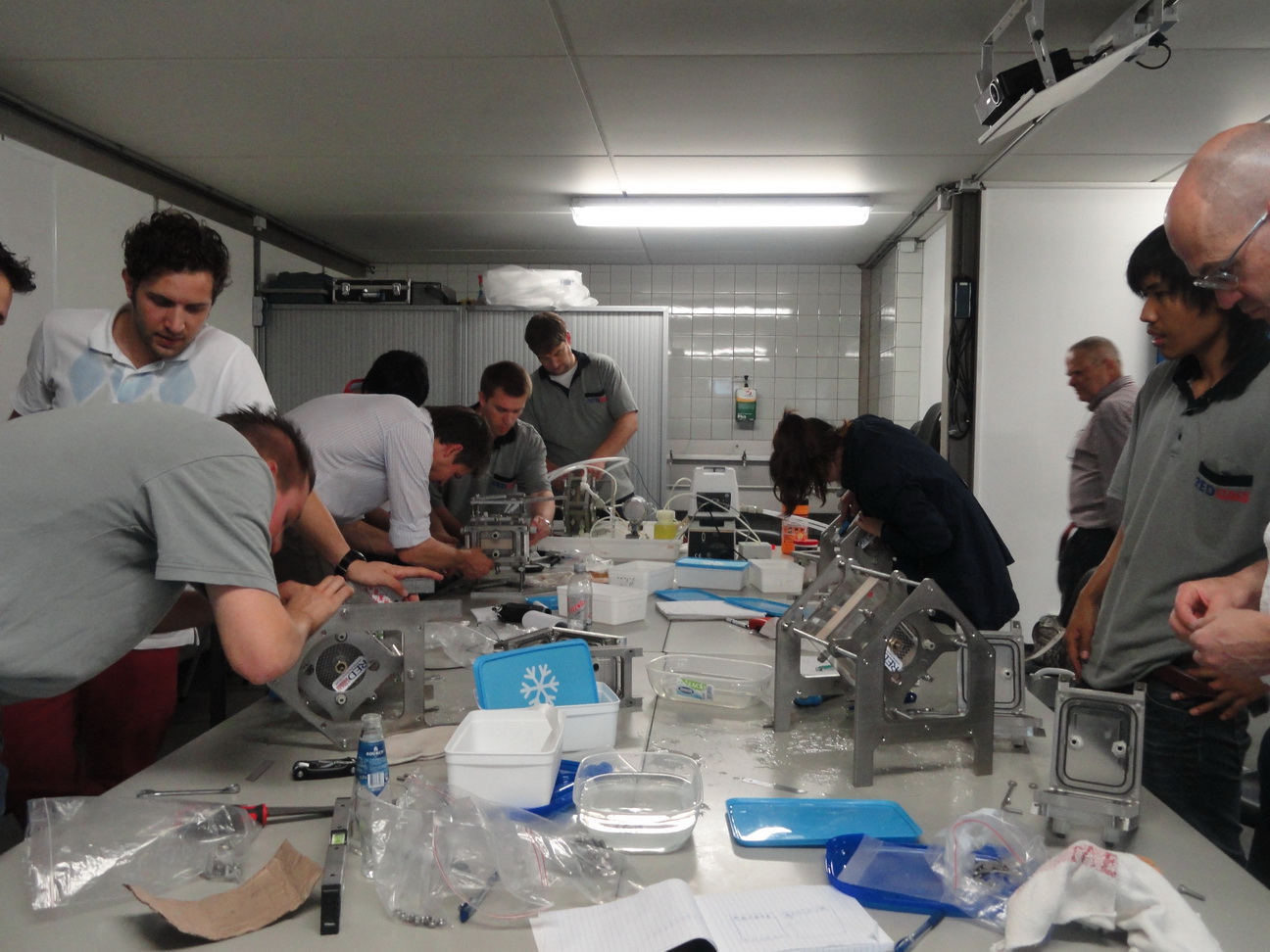